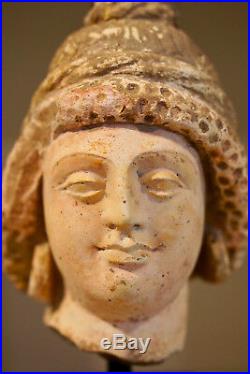 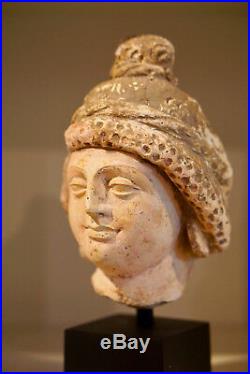 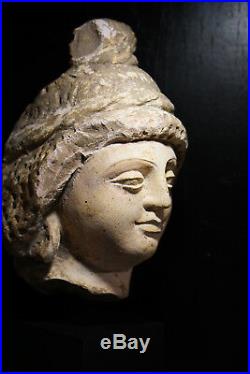 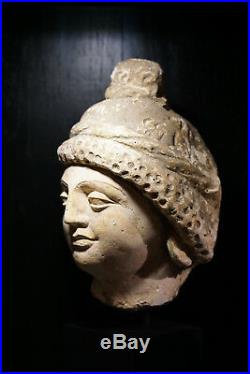 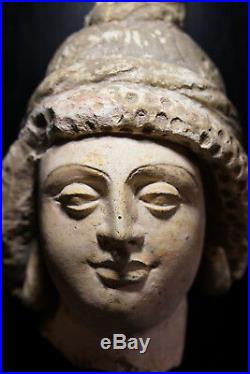 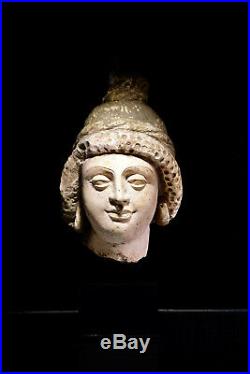 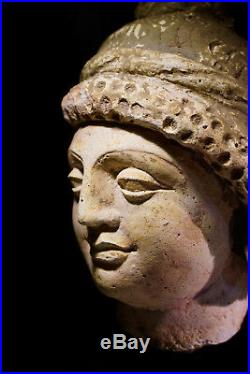 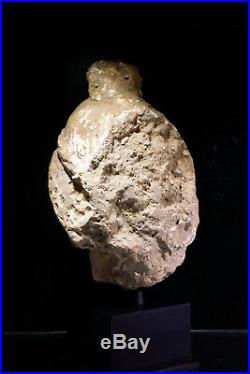 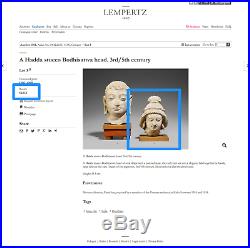 The item exhibits Bodhisattva Buddha head, with. Warm and kind face and smile. Ushnisha hairknot, and unique hair decoration in the style of Central Asia Tribes. Referred to the Book: The Art of Gandhara in the Metropolitan Museum of Art, starting from 4th Century A. Silk road trade had shift from Pakistan area to Afghanistan area. In Afghanistan, as they were building new trading posts, new monasteries, they chose to build more statues with stucco than with carving stones.

The style, craftsmanship, material, and aging of this item are genuine of the Gandharan. Height without stand 20 cm.

Height with stand 27 cm. You can find more duty information at dutycalculator. Gandhara was an ancient kingdom covering valley and plateau regions of Pakistan and northeastern Afghanistan.

C, King Alexander the Great led the Greeks to conquer Persia and then Gandhara area. Then some of Alexander troops settled there and developed a remote Greek colony. Later, Kushan Empire took over the Gandhara area, with its peak of the empire during the reign of King Kanishka the Great, 127 AD. Gandhara was mentioned in various ancient Chinese records from Han to Tang Dynasty. Monk Xuan Zang of Tang Dynasty 618-906 A.

D recorded in the his renowned Journey to the West, about the Buddhist Kingdom in Today's northern Afghanistan. Gandhara was dissolved from 8th century AD (no more Buddhist artifacts were created) after waves of Hunnic and Muslim invasions. The item "Very Nice Authentic 4-5th Century A.

Gandhara Stucco Bodhisattava Buddha Head" is in sale since Saturday, May 26, 2018. This item is in the category "Antiques\Antiquities\Near Eastern". The seller is "acmer" and is located in Klongsan District, BA. This item can be shipped worldwide.