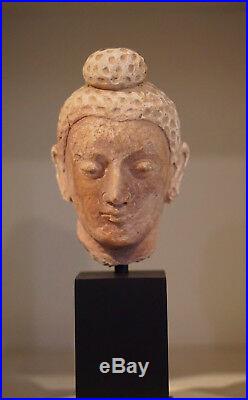 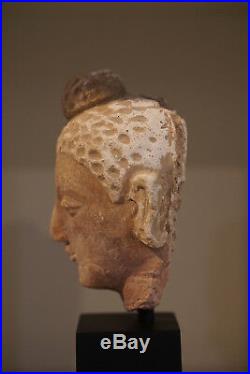 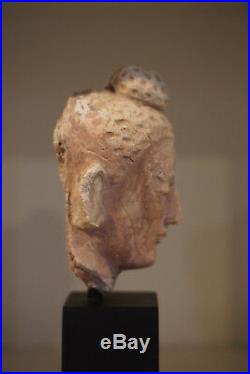 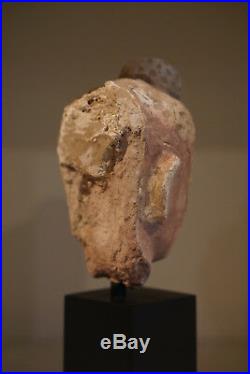 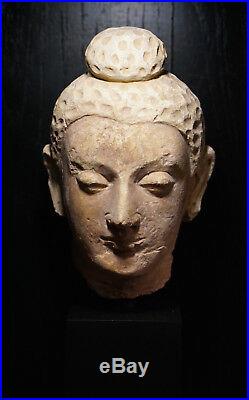 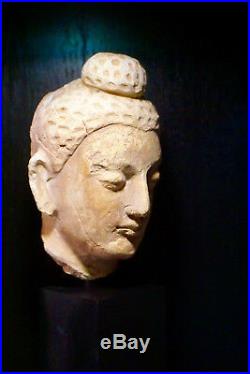 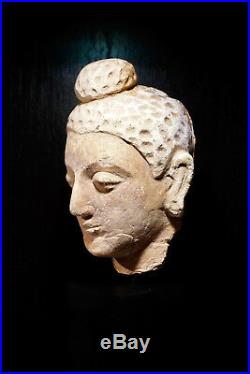 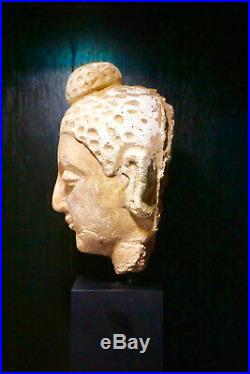 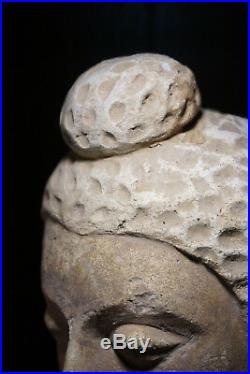 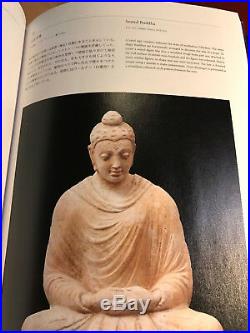 100% authentic antique, 3-4th Century A. Greco Buddhism Artifact, Gautama Buddha Head from the Ancient Gandhara/Gandharan Region. The item exhibits Gautama Buddha head with warm and kind face and smile and ushnisha (top knot). The style was from mid gandhara period, often found on sides of stupa in Taxila and Hadda (please see last photo for reference). The item was made from stucco.

Using of stucco had been mastered by the Roman Empire and reached Gandharan area through the ancient silk road that linked Europe and Asia. The style, craftsmanship, material, and aging of this item are genuine of the Gandharan. Height without Stand:15 cm. Height with Stand: 26 cm. You can find more duty information at dutycalculator. Gandhara was an ancient kingdom covering valley and plateau regions of Pakistan and northeastern Afghanistan. C, King Alexander the Great led the Greeks to conquer Persia and then Gandhara area. Then some of Alexander troops settled there and developed a remote Greek colony. Later, Kushan Empire took over the Gandhara area, with its peak of the empire during the reign of King Kanishka the Great, 127 AD. Around 1st Century AD, Taxila city in the Gandhara was the center of Greco-Buddhism Art and also the center of Mahayana School of Buddhism (The Great Vehicle School) that later spread on into China, Korea, and Japan. The first Buddhist text in Chinese language was translated by Kushan person that immigrated into Western China. We can see Gandhara influence in Chinese's Northern Wei Dynasty, Tang Dynasty, as well as Japanese's Nara Era. Gandhara was mentioned in various ancient Chinese records from Han to Tang Dynasty. Monk Xuan Zang of Tang Dynasty 618-906 A. D recorded in the his renowned Journey to the West, about the Buddhist Kingdom in Today's northern Afghanistan. Gandhara was dissolved from 8th century AD (no more Buddhist artifacts were created) after waves of Hunnic and Muslim invasions. The item "Very Nice Authentic 3-4th Century A. Gandhara Stucco Gautama Buddha Head" is in sale since Saturday, June 16, 2018. This item is in the category "Antiques\Antiquities\Near Eastern". The seller is "acmer" and is located in Klongsan District, BA. This item can be shipped worldwide.